Theresa May: Britain committed to defence of Europe 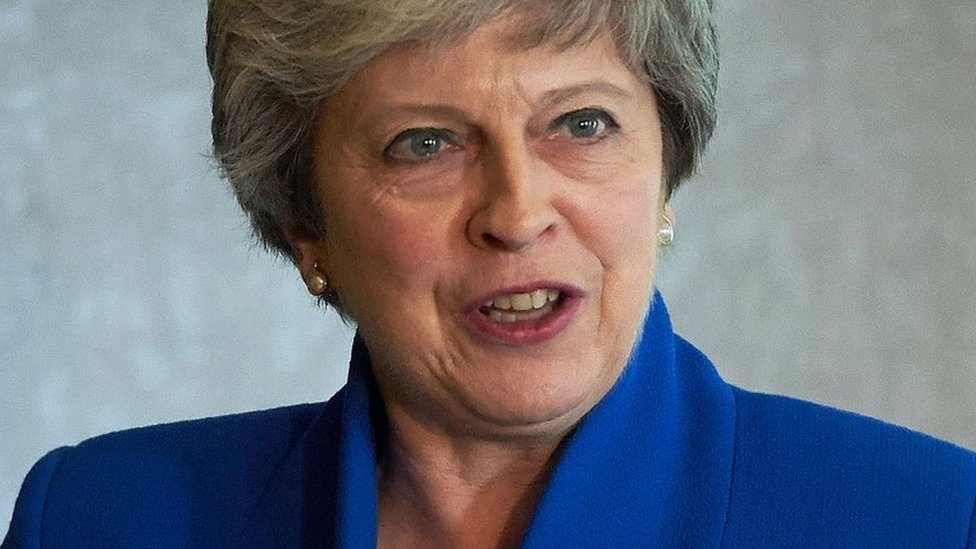 The UK is unconditionally committed to the defence and security of Europe, Prime Minister Theresa May has said.

She was speaking to British troops based in northern Estonia with Nato, ahead of an EU summit in the country.

Mrs May is hoping to build a new security partnership with Brussels and offer UK expertise in combating cyber threats as Brexit preparations continue.

She will meet German Chancellor Angela Merkel on the sidelines of the talks.

Some 800 troops have been in Tapa since April, alongside Estonian and French forces, as part of a Nato effort to reassure eastern European nations fearful of Russia’s increasing assertiveness.

French President Emmanuel Macron and Estonian Prime Minister Juri Ratas joined Mrs May in visiting the troops, who will be joined by forces from Denmark in the new year.

Addressing the troops, Mrs May said: «While we are leaving the European Union, as I have said many times, we are not leaving Europe so the United Kingdom is unconditionally committed to maintaining Europe’s security.»

Speaking ahead of her visit, Mrs May said: «From terrorism to cyber-crime, illegal migration to Russian aggression, the threats we face as Europeans are increasing in their scale and complexity.

«Now more than ever, it is in all our interests to confront them together.

«With the largest defence budget in Europe, a far-reaching diplomatic network, world-class security, intelligence and law enforcement services, and our position at the heart of Nato, the UK’s role in Europe’s defence has never been more vital.

«As we prepare for Brexit, I want to build a bold, new security partnership with the EU.»

She will make it clear that the UK is ready to continue contributing troops, equipment, expertise and money to EU operations, and to align foreign policy with Brussels where appropriate.

On Thursday, Brexit Secretary had been made in the latest round of UK-EU talks.

Mr Davis was speaking at the end of the first talks since Theresa May’s speech in Italy last week, in which she said the UK wanted a two-year transition.

But EU negotiator Michel Barnier said there were still «big gaps» on some issues, adding that it could take «weeks or months» before the two sides could agree to move to the next stage of talks.